The morning started a little rough.  I set out with both Shai and Fitz for a covert that has consistently produced large bird numbers.  The hour long drive was over before I knew it and in my mind’s eye I could already see myself dropping the tailgate on a perfectly clear, crisp fall morning.  Imagine my disappointment when the canyon reeked of livestock.

Sharing the National Forest with ranchers has always been a love/hate relationship for me.  It seems the grazing that cattle do through the summer can actually be beneficial.  They open up the understory, allowing a grouse hunter to move easier through thick, early season cover.  Sheep, on the other hand, are nothing but destructive.  They graze everything to the dirt, strip lower fruit bearing plants to the stem and they STINK!!  When I can walk up a canyon and it smells like a barn, I can only imagine how much work it is for a hound to sort through the odors.

So to say I was disappointed is an understatement.  The dogs were already on the ground though, so we persisted.  The result was as expected.  2.5 miles of nothing.  It was still early, however, and I’m a glutton for punishment.

It was my plan to head for another favorite covert, one I very lovingly call “Lose Your Breakfast”.  I don’t know why I chose to glance at the map in the moment I did.  I’ve driven this same stretch of road dozens of times.  Regardless of the why, I looked down as that blue, digital marker traced along the road.  And there, sneaking off to the left, was a spur of a road I had, oddly enough, never seen before.  It looked good too!

A grouse hunter looks over the points of cover on a hillside with both affection and a critical eye.  Much like a lover of vintage muscle cars perks up at the rumble of early American Iron as it passes unseen down the street or spots that untouched, original quality.  This new-to-me bottom had it all: food, topography, cover and water.  I can only image the sight I made as my brain had finally processed all of this information and commanded my foot to brake.  The truck skidded to a stop and I was piling out before the dust had settled.

The dogs know the game and Fitz had his nose pressed through the hole in the side of his crate. Chuffing in anticipation.  Because his youthful exuberance can be quite a handful, he was last out of the crate.  His tail hammering the wall as he waiting.  Soon we were off though.

Oddly enough, the smell is what caught my attention first, as it stood in stark contrast to earlier.  It was crisp, clean and perfectly aromatic.  I could smell the rich soil, the strong Horsemint and the tart needles of the old-growth Fir surrounding me. I knew things were looking up.

It didn’t take more than a few minutes either.  The first bird pointed was deep in cover.  I did my best to work through the tangle of Alders, but heard the blast of wings long before I arrived.  If that sound ever becomes mundane to me, that is the day my vest is hung up for the last time.  Not long after that, a beautiful gray phase Ruffed offered a straight away shot as it rocketed away through the clearing.  With a perfectly soft mouth and picture perfect delivery, Shai put the first bird in the bag.

The hunt seemed to sail past.  Singles were pointed and flushed, all too often through the thick cover offering only flashes of color.  Two groups of birds, still in clutches, flushed from opposites sides of the cascading beaver ponds. The last bird of the morning was king.  As a trainer, I don’t always get to see my work come to fruition.  Today, I came around a bend into a grassy opening and found Fitz standing stone still, his body bent 90 degress to the left, like his head had chosen one path and his rear had refused to follow.  There, standing in the open, paused in curious astonishment, was King Ruff.  As he exploded from the ground and took his first turn to weave through the Aspens, the shot I saw was so fundamental I was afraid I had overthought it, but to my relief, the bird tumbled.  Walking out, the remaining flushes were without pressure or anticipation.  The weight of a full bag is rare enough in the grouse woods, that I savored every step back to the truck.

A new covert had been born.  Full of memories and mentioned in vague generalities, Deep Spring has made the list. 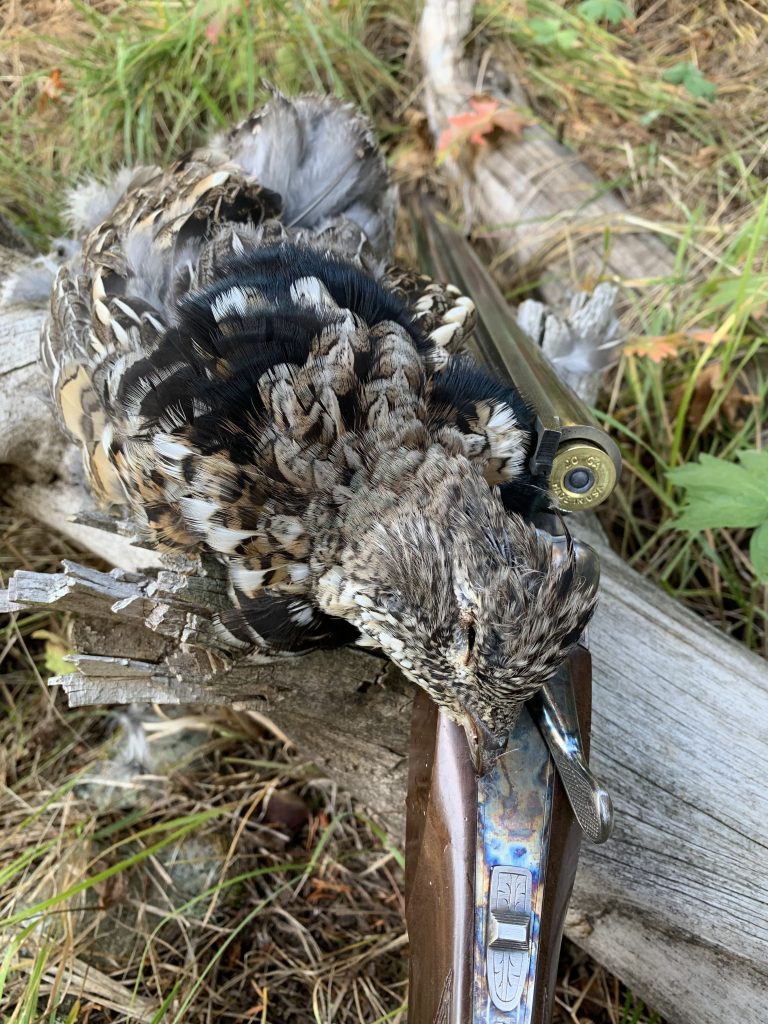 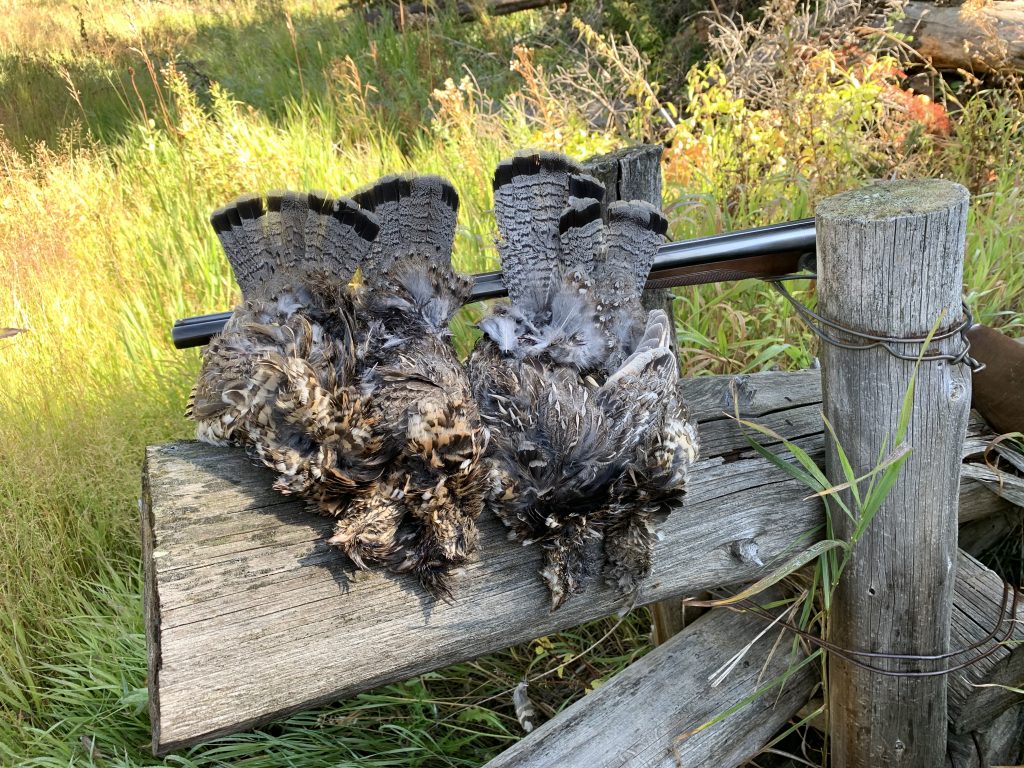